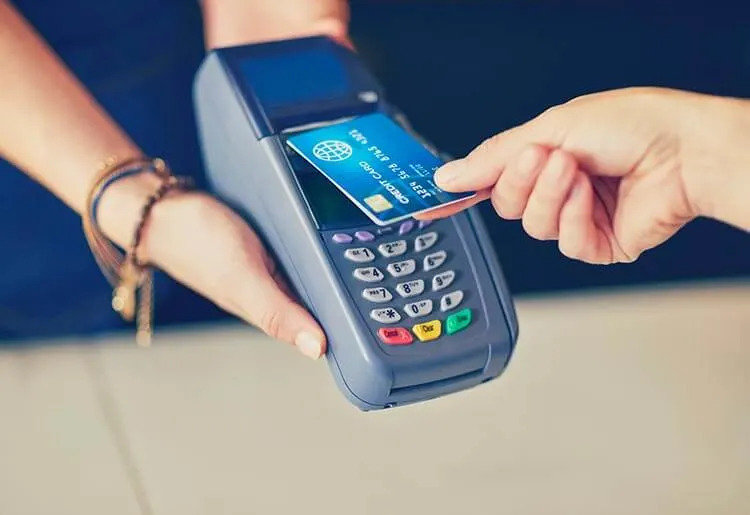 iPayment was first introduced in the market in 1999 and has its headquarters in Nashville, Tennessee. The company’s primary operations center is still in Los Angeles, California. It was recognized as a publicly traded company in 2003 and worked similarly for the next three years. However, in 2006, an investment company founder Greg Daily purchased and labeled it as a private company.

iPayment has caught merchants’ attention because of its association with thousands of independent resellers and sales agents. Since November 2017, it has used Leader Merchant Services as its reseller. According to the recent update, iPayment was acquired by PaySafe in 2018 and users are redirected to PaySafe websites now. As its acquiring bank, it is associated with Wells Fargo of Walnut Creek, California.

iPayment rivals some of the biggest names in the MSP industry. It has a significant client base of 150,000 to 200,000 merchants in the U.S. The offered services by iPayment mainly benefit small businesses.

With many third-party contracts and subsidiaries, iPayment is not a direct provider for all its services. There are mixed reviews about the company’s resellers and independent sales agents. This iPayment review evaluates the overall performance of iPayment to help you verify if it is helpful for your business.

iPayment offers extensive support for you to set up your business. While it can perform as a direct processor for large enterprises, small business owners find it more useful.

iPayment processes the transactions of all the major credit card organizations. Both debit and credit-based transactions are processed through all popular technologies such as EMV, NFC and magstripe.

iPayment offers a gateway through Authorize.net for businesses that require eCommerce or other online transactions. It handles the transactions locally by accepting major debit and credit cards and also processes electronic checks for international transactions.

iPayment sends loyalty cards and generates earned points for returning customers to make the customers stick to your business. It also promotes the company by sending out gift cards on special occasions.

iPayment partners with MobilePay to add mobile payments to its services. MobilePay allows you to accept business payments accessible from any location by accepting cards, calculating taxes, processing refunds and creating receipts.

MobilePay is a PCI-compliant service available for Andriod and IOS operating systems. An extensive offline feature of MobilePay processes offline transactions without any internet connection.

There is a cash advance program by iPayment to help merchants who need urgent working capital. Business owners have $250,000 funding available as advance cash for the company.

Although the service is launched to help the business grow, the countless complaints tell another story. It can prove a costly and unwise choice compared to a standard bank loan.

iPayment does not disclose detailed information about its software and hardware services. It is unclear if it restricts merchants to the hardware provided by iPayment or gives the liberty to use the existing equipment. However, various models of payment processing devices are listed by iPayment on their website.

iPayment offers efficient and portable terminals of renowned brands like Devajoo, Ingenico and Verifone. You can choose between wireless and standard terminals. They have features like a customizable menu, built-in printers, and PIN pads.

iPayment offers POS systems to operate the register functions, customer management and back-office work. It is easily understandable and designed to be efficient.

As discussed, MobilePay is a small device offered by iPayment to accept card payments. It is easily attached to the tablet or smartphone and works for Andriod and IOS.

As stated, the standard contract with the iPayment is for three years. The contract has an auto-renewal clause, and the new term starts automatically. However, some merchants say the contract terms are negotiable. Like most long-term contracts, iPayment also charges an early termination fee upon contract cancellation before the term ends.

There is not much information on the website about services or the processor’s pricing. Merchants submit many issues in the reviews regarding the company’s payment structure.

Considering the available information, iPayment prices vary from business to business. Many factors affect the pricing schedule, such as; business type, processing size, and the ISO agent. For average-size accounts usually face the following fees;

There can be more fees based on the contract you negotiated. You should contact the representatives to get a comprehensive pricing plan before signing up for their services. The Swipe rate and keyed-in rate for card transactions differ with every merchant. First Data Global Leasing is iPayment’s partner to provide long-term and noncancelable leasing terms. As expected, there is not much information available about equipment leasing terms.

In case of early termination, the company charges a considerable amount to the business owners. If the account is terminated before the completion of the first year, $350 is charged to the merchants. However, for the termination in the second and third years, merchants have to pay $250.

It is recommended that business owners never settle for the initially listed prices and contact the representatives to negotiate before creating the account with iPayment. An interchange-plus plan is recommended as the company is open to negotiation.

iPayment has a dedicated contact number to help out the merchants. It also shows social media presence on Linkedin. However, according to customer feedback, iPayment lacks adequate customer service. Also, its independent sales agents are difficult to contact.

iPayment does not use deceptive marketing strategies; however, the company relies on third parties for the marketing campaigns. Most of the marketing of iPayment is carried out by independent sales organizations and agents that solely strive to hunt for new customers.

The marketing tactics used by these independent agencies are often misleading. Merchants have discouraged the nondisclosure strategies and lack of publicly available information in reviews.

iPayment generally has an above-average complaint ratio that primarily addresses deceptive marketing strategies. Client feedback is available on various websites and also on BBB. iPayment reviews discuss two main aspects. One deals with the inconsistencies in the services of the company.

The second and most significant aspect is ISOs that represent the company. Although the marketing agencies are independent, iPayment is responsible for this negative feedback and needs to address these concerns. It has more than 300 public complaints registered against it in the past three years.

Past news about iPayment also shows that it tried to suppress the critical reviews on online sites against it. And instead of resolving the issues, it took a step to remove the genuine customer reviews against it. It makes the company’s credibility questionable and suspicious.

iPayment has been accredited by the Better Bussiness Bureau for a long time and has received more than 270 complaints in the last three years. Out of which 124 complaints discuss the product and service issues, 132 are billing and collection complaints, 8 are advertising and sales complaints, and 7 discuss delivery problems.

Only 51 of the total complaints are resolved to the customer’s satisfaction. Other reviews were either poorly handled or ignored altogether. Most complaints target poorly handled independent sales organizations or their deceptive tactics. Complaints against unprofessional and disreputable customer service are also common.

BBB’s awarded rating is strange, considering the complaint ratio and unresolved reviews. BBB has awarded iPayment with an A+ rating, which is unrealistic based on its history.

iPayment lacks in significant areas and has lost the trust of merchants in the past few years. Its dependence on ISOs for marketing has done a lot of damage to the company. Furthermore, high prices, customer support, misleading quotes, and early termination fee are the areas that need improvement. According to iPayment reviews, here is the worst-rated feedback about the provider;

Although customer support mostly depends on account representatives, specific issues are registered in corporate offices. And based on the complaints submitted by merchants with experience in customer service, the staff is incompetent. Merchants have faced a lot of problems in getting their problems registered. Query calls are poorly handled, and the staff is often rude and uninterested.

iPayment customer support is the area that got the most complaints and negative feedback after the ISOs.

As everything about iPayment contracts and pricing is unclear, customers have faced issues where hidden fees are deducted from their accounts. Some reviewed against losing hundreds of dollars to hidden fees. People have reported getting scammed by the company. Merchants claim that the prices after the contract was signed were more than what was negotiated. Ignoring the misleading and hidden fees, iPayment is still a costlier alternative compared to many other competitors.

A hefty early termination fee is a way to trap merchants in contract terms that are not up to their satisfaction.

iPayment is known for opaqueness in the disclosure of terms. Customers find it difficult to get all the necessary information before signing up. The company is infamous for deceptive marketing strategies. Independent sales organizations play a significant role in the disingenuous statements and undisclosed terms that merchants complain about.

Many merchants have faced contract terms and policy changes after signing up. There is a contradiction between what they tell and do. A significant portion of online reviews of iPayment covers deceptive marketing, and out of these, many reviews are still left unresolved.

There are cases where sales agents disappear after getting the customers signed up.

Account cancellation and withheld funds are one of the main reported problems in the reviews. Customers have frequently faced cancellation of accounts; however, the company tries to cover them up using their policies. Most processors provide their services to merchants within the tolerable risk range. The account is deleted or restricted if a merchant violates the terms and conditions.

iPayment explains two significant reasons for account closure. The first is when the monthly processing volume heavily surpasses the limit quoted when registering the account. Or Some of the products are being sold at a very high price compared to the average price the merchant mentioned at account opening.

It is recommended to contact them if any of these issues are expected. However, how they tackle the problem is another question because reliable customer service is not likely from the MSP.

iPayment offers a comprehensive set of services to merchants with the help of its third-party contracts. Its hardware and software offerings are easy to use and competitive compared to rivals in the same category.

It is advertised for small businesses from the get-go. Larger companies should compare their pricing structure and terms with other competitors in the market before signing up. But if you choose to sign up with them, negotiating terms and fees that suit you best is recommended.

Newer businesses are better off with a payment service provider that does not charge monthly or annual fees. iPayment is not recommended based on its turbulent past. If it deals with the crucial issues with its services, iPayment can be rated as an adequate merchant service provider.