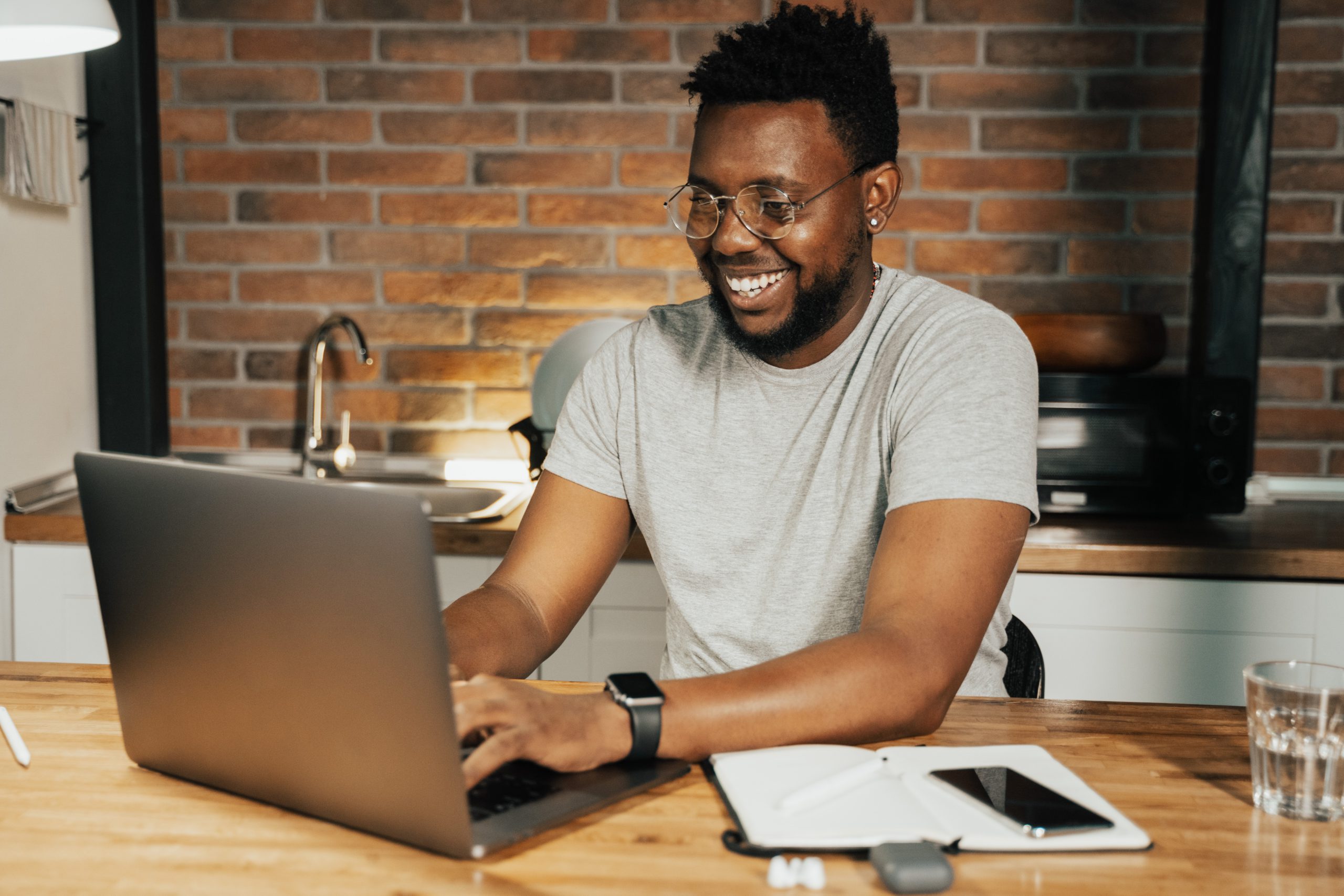 RentPayment is a platform launched by YapStone Inc. that only deals with rent collection of properties and accommodations. YapStone introduced RentPayment as its subsidiary in 1999 to ease the rent transfer from the resident to the home or landowner. RentPayment accepts debit and credit cards of all major card associations for land, property, and residence rent. It processes transactions through ACH and MoneyGram cash payments and conventional card methods.

As RentPayment is a subsidiary of YapStone, it operates at YapStone headquarters in Walnut Creek, California. However, RentPayment’s website mentions that the company also owns an office in Dallas, Texas; however, no address information is provided. According to official RentPayment reviews online, Matt Golis is the company’s CEO.

RentPayment offers average-rated customer service and technical support to its users and tenants. You will find a dedicated contact number and an email address to facilitate the customers on the website. The customers can contact the company via phone from 7 am to midnight.

Two dedicated live chat options are available for the company’s users, along with a phone number. The live chat is divided into manager support and resident support distinctively by the company, with the same time slots as phone support. The company has provided separate forms on its website to assist the residents and landowners who are new to RentPayment and are seeking directions.

The company will contact you after reviewing your form once it is filled and submitted. Their website also hosts a knowledge center that contains articles about the recent updates in the system and general information about how to use it. An FAQs section is also available on the website, further subdivided into resident and property manager sections. It answers general queries about the system and the rules and regulations.

RentPayment has accounts on various social media platforms to promote and advertise its services. Links to its Facebook and Twitter profile are available on their website. However, the company is either inactive on its social sites or has accounts suspended because the links to their profiles are unreachable and reveal the inactivity of the profiles.

Users can reach out to this rental industry’s LinkedIn profile, where the company’s promotional posts are available. However, these were uploaded a long time ago, and no activity has been observed in recent times.
Considering the availability of the company and the quality of customer support it has been offering to the users, the company is not maintaining the top-rated standards. Lately, customers have complained about the low and slow response rate of their emailed queries. Plus, their social media sites are inactive, and the expected standards are not met in some areas. For example, there is a need for improvement in the FAQs section also. Overall, RentPayment needs to improve in all categories to level its customer support up from average.

RentPayment, powered by YapStone, allows you to transfer payments utilizing various online payment methods. You can use RentPayment’s online payment app or transfer your money online via phone or text. The company does not charge additional fees depending on the method of funds transfer used by tenants or land owners.

To create an uninterrupted environment between both parties and prevent payment delays, RentPayment has an autopay feature and sends reminders via email and phone texts to ensure timely payments. The Rent payment allows either of the parties involved in the transaction to pay the processing fee to RentPayment. However, the factors deciding the fee-paying party are not available to the public.

In addition to the processing fee, deposit charges are paid by the users at the time of registration. Other costs like termination, PCI compliance, and monthly fee are absent from the company’s website and are not readily available for clients. Based on all this information, RentPayment cannot be called a top-rated company in terms of rates. Landowners and tenants can explore other alternatives present in the market for better transparency and freedom to choose the most suitable payment structure.

As per recent information, there have not been many complaints registered against the company. Most of the users have reviewed the BBB user profile, and few consumers have called it a rip-off or scam.

Most of the complaints were registered by the tenants who have expressed confusion in understanding how the system functions. And some of them have called out the company for charging quite a high price for credit card users. As per their reviews, the company’s policies are complex and challenging to understand.

Although the complaints registered by the tenants are valid and affect the company’s ratio of users, these reviews do not have a significant effect on the merchants who deal in real estate. The negative reviews are mainly an indicator of unsatisfied landlords and tenants. Real estate owners have complaints about the fund holds, delay of response from customer service, and extensive account activation time. The primary issue discussed in most registered complaints is the poor response from customer support.

In addition to tenants’ and land owners’ complaints, the company also has multiple registered complaints from employees of RentPayment. A trend has been observed of former and current company employees complaining about the hectic work schedule. Some employees have also reported low morale at the workplace.

Renters’ complaints indirectly affect the real estate merchants, and employees’ negative reviews can also affect the merchants because up-to-the-mark services are not expected from unsatisfied employees.

Most of the time, processing companies do not have any legal action against them. Unfortunately, RentPayment is not one of these.

In January 2017, a lawsuit was filed against YapStone for breaching the customers’ data in public. Personal information of the users, including personal identification information, contact numbers, social security numbers, names, dates of birth, addresses, and passport information, was leaked. This lawsuit cost the company an amount of $4.9 million.

In April 2019, the company YapStone was again under legal action for breach of contract. It was filed by their former user Todd Feldman, and the case is still under hearing. In addition, a partner of YapStone, Priority Technology Holdings Inc, filed a legal charge against it. However, the reason the partner company sued YapStone is still not disclosed.

The company has also been fined many times for violating consumer data protection. Therefore, merchants might see questionable practices and unethical methods. Any such activity should be reported to relevant regulatory authorities as soon as possible to prevent future clients and employees from falling victim to illegal activities.

RentPayment has a profile on Better Business Bureau website; however, BBB does not yet accredit it. A total of 33 complaints have been registered on BBB against RentPayment in the previous 36 months, and the company has resolved only 5 out of the 33 complaints to customer satisfaction. The remaining 28 complaints were either left unnoticed by the company representatives or were resolved to the dissatisfaction of merchants.

As these complaints were directed to the company’s different departments, 19 out of 33 were concerning product and service issues. At the same time, 14 were reported for ongoing billing problems. Despite the reviews and the resolving ratio, BBB has awarded an A+ rating to RentPayment.

Seven informal reviews are registered on the BBB website, along with formal complaints. Most reviews are against the fund holding disagreement between the merchants and the company.

According to the information in this RentPayment review, the provider doesn’t qualify as an outstanding company. Due to some flaws, the company is not performing up to the customer’s expectations. Some of its key departments are devoid of good enough services and client handling as other rental processors.

For example, customer services have a significant ratio of unsatisfactory responses from the merchants. Users mostly complain about the fund holdings, service charges, and glitches they have faced while conducting transactions through their service.

The company does not release the funds for a long time. For example, if a tenant has paid rent, it will take approximately 4 to 5 days to complete the transaction; this often becomes a cause of frustration and confusion for the landlords. Merchants have also reported the processor for keeping the rent for a long time, sometimes for months, before transferring it to their account.

Users face significant issues while contacting company representatives, accusing RentPayment of having “horrible” and “poor” customer service. Merchants are disappointed as there is no proper way to contact them in the case of emergencies. The only option left is to register the complaints via email or website, to which the company representatives don’t reply promptly.

Users report having to call multiple times to follow up on their registered complaint before any action is taken to resolve it. Furthermore, customer service representatives do not follow up on their calls even after they ask the client to wait for them to call back. Unsatisfactory responses play a significant role in producing dissatisfied users, and RentPayment has countless disappointed clients because of this issue.

Tenants have talked about the high processing fee at the time of transaction. Along with the processing fee, unexpected service charges are deducted at the time of the transaction. Multiple complaints have been registered to discuss the insanely high costs they charge every time. It does not meet industry standards in that matter, and other rental companies charge comparatively fewer charges.

Tenants and merchants often face difficulty while processing transactions. Customers have reported that several new glitches can be found after the recent update in the system. The company’s feedback has worsened since 2020, and the application interface is becoming increasingly difficult to comprehend. Users have trouble making fundamental changes in their financial information on the website, and other essential functionalities are either missing or inaccessible. A user-friendly website design is required from the company to cater to the transactional needs of its clients.

Certainly, RentPayment is a great initiative to facilitate the payment process between the landowner and the renter. It sends monthly reminders and auto-pays the rent every month, which is great because no one has to deal with the rent hassle every month. An effort to digitalize the traditional home renting system is impressive; however, homeowner and renter’s difficulties while processing the payment are frustrating.

The RentPayment review above has provided detailed research on the system’s shortcomings. Poor customer service and considerably high service charges make it an unfeasible choice for an average tenant. The practice of holding funds for a long time creates issues for both the renter and the landowner. Considering the complaints from former and current employees, RentPayment cannot be regarded as a good choice.

Plus, the lack of information about the company’s sales and promotional tactics is noticeable, so it falls behind in transparency compared to some of its rivals. A user reports that this company is allegedly involved in an email scam. No final statement regarding this allegation was released from the company, and the complaint was not official.

To sum it up, merchants can find better alternatives that charge comparatively less to the tenants.