Honest And Authentic Review of Paymentsense 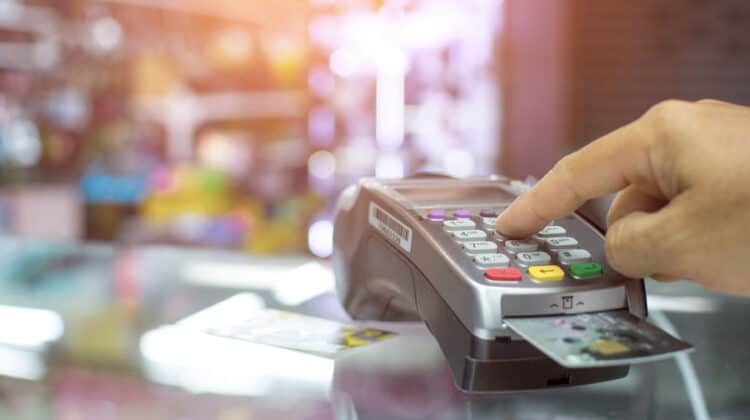 Merchant Lynx is a leading service provider in Palm Beach Gardens in Florida. There are offices of the service provider in New York and Massachusetts. Merchant Lynx is also known as Grounding Enterprises and the company claims that it entered the credit card processing industry in 1994. However, according to the Better Business Bureau, the introduction of the company was reported in 2006. Merchant Lynx makes use of iPayment for its network of payment processing. On top of that, they work with providers like First Digital or Fiserv for ensuring equipment leases.

The company also claims that it offers access to services like reporting tools, PCI security, POS systems from Mynt and Hot Sauce, and a wide range of card swipers.

Merchant Lynx Services provides payment processing services through iPayment -an ISO belonging to First Data, at all different rates and with a contract of three years, with the option for the contract to auto-renew for an additional year. The company provides payment gateways and virtual terminals, however, they do not disclose information about its pricing for the available set of services.

Some payment processing services offered by Merchant Lynx are:

In terms of billing and invoicing, Merchant Lynx delivers the following set of services:

There are some complaints regarding the products and services offered by Merchant Lynx Services. Most of the available complaints directly accuse the company of being a scam or a rip-off. Some of the common issues related to Merchant Lynx and its comprehensive service range are aggressive marketing tactics, expensive equipment leases and contracts, misinterpretation of rates, non-disclosure of terms & conditions, poor customer service, and so more.

Currently, Merchant Lynx is regarded as the defendant in a federal civil suit. The lawsuit has been filed by Liberty Salad, Inc. According to the lawsuit, there has been an allegation that Merchant Lynx had charged unauthorized fees and rates. It is after the non-disclosure by a sales agent regarding the program guide of the company. The case is currently in settlement conversations.

Merchant Lynx also underwent an investigation by the Florida Attorney General. The incident took place in 2014. It responded to allegations stating that the company had violated the Deceptive and Unfair Trades Practices Act of Florida. Due to the termination of the investigation, Merchant Lynx ended up paying more than $40,000 in terms fees.

Merchant Lynx Services also served as the defendant in the ongoing lawsuit filed by Paysafe Payment Processing Solutions. The lawsuit was filed in January 2020. According to the lawsuit, there are allegations that Merchant Lynx had exploited Paysafe’s partnership to steal top-value merchant accounts from Paysafe.

The standard terms and conditions of Merchant Lynx specify the presence of an agreement of 3 years through the mode of iPayment. There is the provision of automatic renewal for terms of the duration of one year. Additionally, there is also an early termination fee of $495.

Merchants have reported the presence of other fees, like a PCI compliance fee of $159. Then, there is the monthly minimum fee, a rate schedule, and a statement fee. All of these rates will vary from one merchant to another. Additionally, information about these rates is available in a separate document -referred to as Merchant Application.

In addition to the services associated with storefront payment processing, Merchant Lynx also goes ahead with dedicating a part of the official website to advertising the payment gateway and virtual terminal services. However, the pricing aspect has not been disclosed on either of the available services. Additional fees and rates -including technical support fees, gateway fees, additional transaction fees, and batch fees can apply to the ongoing e-commerce services.

The application submission fee of $99 is also available for the non-cancelable equipment lease. It is provided by First Data for 4 years.

Merchant Lynx offers access to iPayment with an agreement of three years. There is the facility of automatic renewal for one year. The deal, however, comes forth with a hefty early termination fee. The equipment leases of Merchant Lynx are available on a non-cancelable agreement for four years.

There are several complaints online that allege that the contracts by Merchant Lynx are pretty expensive. There are claims that the company charges exorbitantly in the invoice ad-hoc as well. Some complaints by merchants allege that the independently-hired sales representatives of the company worked towards getting the agreement of the merchants on expensive contracts with misinterpreted charges and ambiguous terms.

There are several complaints from the merchants about most of the contract terms of Merchant Lynx. There are complaints regarding non-cancelable equipment leases for four years and expensive rates for early termination. Responses to the reviews by merchants confirm that there is an application fee of $99 to be paid during the time of submission. While the fee gets refunded upon the application’s approval, some merchants have claimed to be facing difficulties securing the available refund.

Reviews of merchants with respect to Merchant Lynx also claim the presence of the lease payment every month of $85 over the period of four years of the term. Merchants have also reported undisclosed fees along with higher-than-expected rates. These are charged more than the flat monthly rate that was quoted initially. On an overall basis, there is an absence of information online suggesting that Merchant Lynx provides access to competitive contract terms. Reviews of public merchants of fee structure and pricing are consistently negative. Therefore, it is estimated that merchants will experience ample savings with a leading merchant account service provider.

Merchant Lynx uses independently-contracted sales agents and telemarketing to market its products and services. The existing marketing practices lead to a higher complaint rate. It is because these are structured to encourage sales agents or representatives to sign merchants up for highly expensive contracts.

Merchant Lynx makes no exception. This is because there are several references describing deceptive marketing and sales practices by the agents of the company.

There are several merchants that report issues like rate misinterpretation, non-disclosure of contract-based terms, aggressive sales practices, and high-pressure calls. There are several reports related to unprofessional behavior as well by the respective sales agents -like leaving a sales meeting abruptly for not offering specific information while also engaging in fake phone-based calls with the employer to offer reassurance to the merchants. The existing complaints are quite consistent and have only intensified over time.