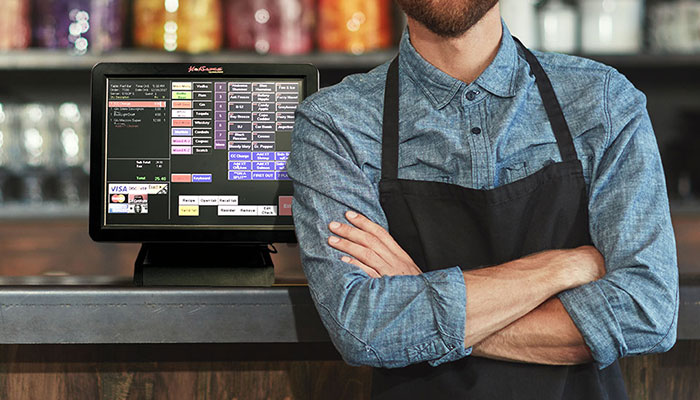 PayProTec is a small yet flexible and growing merchant account provider company in the industry. Since its launch, it has served over 10,000 US-based merchants across a wide range of work industries.

PayProTec is an affiliate company of North American Bancard.

Along with that, PayProTec offers e-commerce solutions through Magento, WooCommerce, OpenCart, Shopify, and many other e-commerce sites.

Another company is PayProtec Oregon, a formerly affiliated company of Securus Payments, which is sometimes confused with PayProTec. However, there is no affiliation between both companies.

PayProTec is an Indiana-based company, Warsaw, while PayProtec Oregon is a latter company based in Portland, Oregon. So it is clear that both companies have no affiliation with each other.

PayProTec is a registered ISO/MSP of Wells Fargo Bank, CA, Walnut Creek. It was established in 2006. The main headquarter of PayProTec is located in Warsaw, Indiana, at 929 E, Center Street. Currently, Matt Hoskins is the president and CEO of PayProTec.

During our research on PayProTec terms and equipment leases, we found that the company binds its customers to multiple-year contracts. Besides that, customers have to pay a $95 setup fee, 79 US dollars annually, a $25 monthly minimum fee, and $10 per month for basic service as part of the first-time contract with the company.

Customers have also reported that the company’s contracts are primarily for an unspecified period. But most of the complaints registered on the official website are due to long-term contracts with even a cancellation fee of $900.

Specifically talking about the North American Bancard, the two companies have a close working relationship.

There is a separate section on PayProTec’s official website for advertising the Pricing for Payment Gateway and Virtual Terminals. It advertises that a transaction fee of 1.00% to 4.99% is applied on e-commerce transactions, depending on the merchant’s account and size of business.

Not only this, the company charges the merchants a $20 gateway fee on a monthly basis. While for the e-commerce businesses, additional fees such as batch fees and technical support charges are also applied.

As mentioned above, PayProTec has no affiliation with Oregon-based PayProtec. In some of the complaints, it was mentioned that the Oregon-based company PayProtec is responsible for equipment leases, and the name of North Leasing Systems was there.

According to our research, we found that Mazuma established Oregon-based company PayProtec, not North Leasing Systems. And there is also no clue whether these two companies are affiliated with each other somehow or not.

Almost 30 complaints have been registered on the official website of PayProTec and various customer protection websites, which is a low complaint number. We have done our best to warn you about the Oregon-based company PayProtec, which has been subject to many scam cases and frauds.

You can check the reviews and complaints against PayProtec. But sometimes, merchants mistakenly review and comment on the wrong profile.

PayProTec claims that all the negative reviews and complaints against their company are due to the Oregon-based company PayProtec. Besides that, the complaint ratio is relatively less which is a good sign for a growing company like PayProTec.

While the other complaints against the company are due to unclear reasons, some complaints about the early termination fee of $295 and the issues related to the 30 days cancellation period.

After checking all the reviews and complaints on the official website of PayProTec and the customer’s protection websites, we haven’t found any FTC complaint or Lawsuit against the company. However, the merchants who face issues related to any course of action or unnecessary policy should consider reporting to the relevant supervisory for better coping with the problem.

On the PayProTec profile under BBB, there are under 10 complaints registered against the company which is quite a low number for a company like PayProTec. PayProTec has been regarded as an accredited business of BBB since 2008, and Better Business Bureau has successfully rated it as an “A” category company.

The PayProTec profile under BBB shows 5 complaints filed during the last 36 months. Out of them, 3 complaints are related to services issues for product problems, while the remaining two are due to billing or payment collection issues.

According to the official website, all 5 complaints have been resolved or removed from the profile upon merchants’ agreement.

Considering the low complaint ratio absence of FTC or lawsuits, we rate PayProTec a reputable payment processing company in the industry. It is a deserving candidate for “B” rating. So here we agree with the BBB rating and entitle PayProTec with “B” rating overall.

Is PayProTec a Suitable Candidate for Your Business?

After going through the PayProTec profile and checking customers’ reviews and complaints on the official and BBB websites, we concluded that PayProTec is a decent merchant account provider and payment processing company. Overall, we have already entitled it “B” performance, a decent rating for a company with a low complaint ratio.

According to the company, they claim to improve their performance and services in the following years, offering a more flexible fee schedule, contract terms, and transaction details.

However, we encourage the new merchants to thoroughly revise the company’s contract terms and customer support policies before affiliating their business with PayProTec.