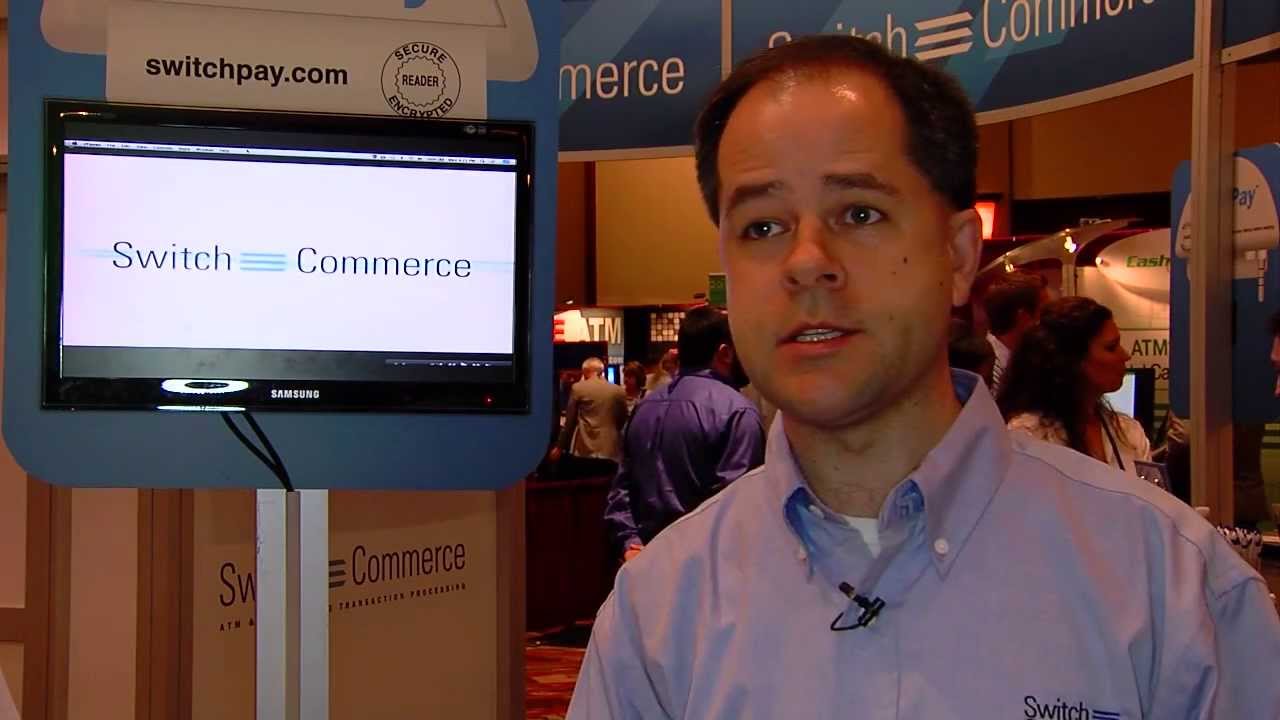 Switch Commerce emerged as a merchant account provider in 2002 in the e-Commerce industry. Its service was initially limited as an ATM provider. Recently it broadened its services and added credit card processing with Sage Payment Solutions as its backend processing network.

The company’s headquarters is located in Irving, Texas. Switch Commerce meets the industry standards and is the registered ISO of BMO Harris Bank N.A, and the current CEO is Nancy Rimmer.

Switch Commerce has introduced a unique payment method using their iPayHere app (previously known as SwitchPay). iPayHere is a mobile credit card processing app that also works as a card reader. It works on a prepaid principal for most business types and is often compared with GoPayment and similar services. iPayHere was a service of Switch Commerce in the past, but it is unsure if it is still offered because there is no clear information if Switch Commerce still relies on it. The Switch Commerce review below will elaborate on the company’s services like web-based terminal management system and dynamic currency conversion on its ATMs.

Switch Commerce has also included a terminal management system in its services in addition to credit card processing. This terminal management system manages the ATMs for merchants and keeps track of their usage. It monitors the ATMs by assigning each ATM a terminal I.D. It also automates reports, errors, and balance tracking. This service is provided to merchants via the company’s proprietary app called MobileTMS.

The company’s phone number and email address for customer support are given below.

Apart from providing the contact number and email, the company has active accounts on various social media platforms for advertisement and customer support. It is active on multiple social media platforms like Facebook, Instagram, Twitter, and LinkedIn. This is a practice that is common in most modern payment processors, and it is highly encouraged. Several avenues for customers to contact and convey their queries can improve the overall customer experience. You can reach out to them through the links provided below;

Switch primarily uses its social media accounts to promote its services and notify merchants about any significant achievements and developments in their company.

Despite the versatile customer service department, the customer care of Switch is average at best. While customers can contact them through social media, the queries are often left not responded to. Therefore, this area needs improvement before it can match well-rated merchant service providers in the industry. Outsourced customer service agents are the primary reason for negative feedback. The independent sales agents often turn to malpractice and misleading marketing to maximize their share of commission for new clients.

Switch Commerce had pricing information displayed on its website previously, and a section of the website was assigned exclusively for iPayHere merchant services. According to recent feedback, it has removed any information related to pricing, credit card processing, and iPayHere in an update on the website.

However, as that portion of the website is removed, it is unclear if iPayHere is still associated with it or if Switch Commerce resells another company’s services. iPayHere provides the merchants with magnetic stripe readers this pair with the iProcess application to accept credit and debit-based card-present payments. The card reader can connect to the headphone jack of smartphones and process all sorts of payments. Sometimes, it can be a complete replacement for a POS system. iPayHere provides these services via Fiserv’s (previously known as First Data) Clover line of payment processing equipment.

iPayHere rates were available to the public as all the pricing information was displayed on the website in a detailed manner. However, as the iPayHere page is not active now, users may not be able to review the pricing information easily. This Switch Commerce review provides the rate list previously displayed on their website in the section below to solve the problem.

Before describing the rate list, it is declared that the company does not vary its prices based on the hardware lineup. The transaction rate is fixed for every merchant, regardless of their selection of hardware setup. However, the applied swipe rates for each business depend on the type of card used for the transaction.

iPayHere could prove a very reasonable or expensive choice for your business based on the cards you accept. Before you make any decision, it is suggested to compare the prices below with other merchant account providers because there could be some unlisted prices that may go out of budget for you in the future. Hardware cost is another essential thing to consider before signing up for services. It will be a major one-time payment or a long-term lease based on your agreement.

Except for card processing rates, other fees are imposed on the merchants. These include the monthly minimum fees of $25 and the Clover fee of $29.99 per month. Additional charges consist of PCI compliance fees of $2.00 per month and data protection fees of $9.99 per month.

As described earlier, there is a possibility that the company charges the merchants with some extra fees except for those mentioned here. Merchants need to read the contract terms carefully at the time of registration to rule out any chance of unlisted prices before signing up for their services.

In addition, iPayHere carries out its processing by deducting different rates for multiple cards; it quotes a disclaimer with it, “Fees, dues, and assessments as applicable passed through”. This statement means that merchants have to pay the dues and assessment fee with Visa and Mastercard along with a fixed fee by the company. This adds an estimated tenth of a percent to the already mentioned fee.

However, merchants need to ensure that the company is not charging them any other undisclosed fee in addition to these.

Switch Commerce is inclined toward hiring independent sales agents to promote its services in the market. This common practice in the card processing industry has grabbed customers’ attention and is an effective way to gain new clients. However, using independent resellers and ISOs has also increased the number of complaints registered against the marketing departments of several merchant service providers. Card processing companies cannot keep a continuous check on these advertising agencies. They thus cannot control the deceptive techniques they are involved in.

However, it is fortunate for Switch Commerce that customers have not yet shown resentment toward its marketing team or strategy because no negative review has been located in this section.

Switch commerce does not have many complaints against it on the internet. There have been a few complaints on some consumer protection websites. However, no review has declared the company a rip-off or scam. Google has three reviews submitted against it, which awards the company a rating of 2.7 out of 5 stars. The company’s proprietary app MobileTMS has a 4 out of 5 stars rating on the Google play store with 61 reviews.

That being said, the few complaints registered against the company have reported expensive fees. Unfortunately, the complaint does not explain the fees charged, so there is no information. Switch’s remarkably low complaint history is either due to professional customer support, or maybe all complaints are directed towards the backend processor.

Switch commerce has not been accredited by Better Business Bureau until now and has a B- rating. The rating awarded to the company is due to only one complaint registered against it in the last 36 months. This complaint has described an issue related to the product and services of the company and was resolved by Switch Commerce to customer satisfaction.

However, apart from this one formal complaint, there has not been any informal review posted on the BBB website. To clarify, informal reviews do not need verification from BBB authorities to get published, while official ones directly affect the company’s reputation on BBB.

Although there has been a very low complaint ratio found against Switch Commerce, the users have described a few issues. In addition, upon review of Switch Commerce, it has been observed that a few company services need improvement.

Switch Commerce has charged a fixed fee on every transaction irrespective of the hardware lineup used by the customers. But as the prices vary with the type of card swiped, it could prove very expensive for some merchants because the swiped rate is relatively high for some cards. In addition, the company has attached a disclaimer with the processing rates. It defines that in addition to swiped fees, a flat fee for card processing is also included in every transaction. Based on the undisclosed prices, the company is among some of the most expensive credit card processors today.

Mobile TMS is an app the company provides as a terminal management system. There have been a few complaints recorded against the glitches faced by the merchants while using it. The application does not send updates alerts or updates automatically; improvement is needed in the interface.

Using independent sales agents to boost sales is very common in the payment industry, but it hardly proves good for the provider’s reputation. This practice is not appreciated as it can include deceptive and misleading quotes and strategies for the merchants, often trapping them in a contract they disapprove of. Using ISOs to promote services can signal that the company is having difficulty getting new clients based on their services.

The company is performing strategically in the industry based on low complaint volume, and a few negative reviews reported. However, the pricing mentioned is not affordable for every merchant, and better credit card processors in the industry offer the same or better services at more affordable pricing points. Plus, the marketing strategy implied by Switch Commerce is not the best.

Summing up, Switch Commerce is rated as an average company that needs improvement in specific fields to compete with well-established credit card processors. You can give it a try if your business revenue can afford the prices it puts on the merchants. Otherwise, new startups and small businesses would be better off with a more affordable alternative. It is necessary to clear pricing and terms to rule out any chance of confusion that can arise later. This Switch Commerce review has disclosed all the facts and figures of the company; it is your call to decide if it is feasible for your business.