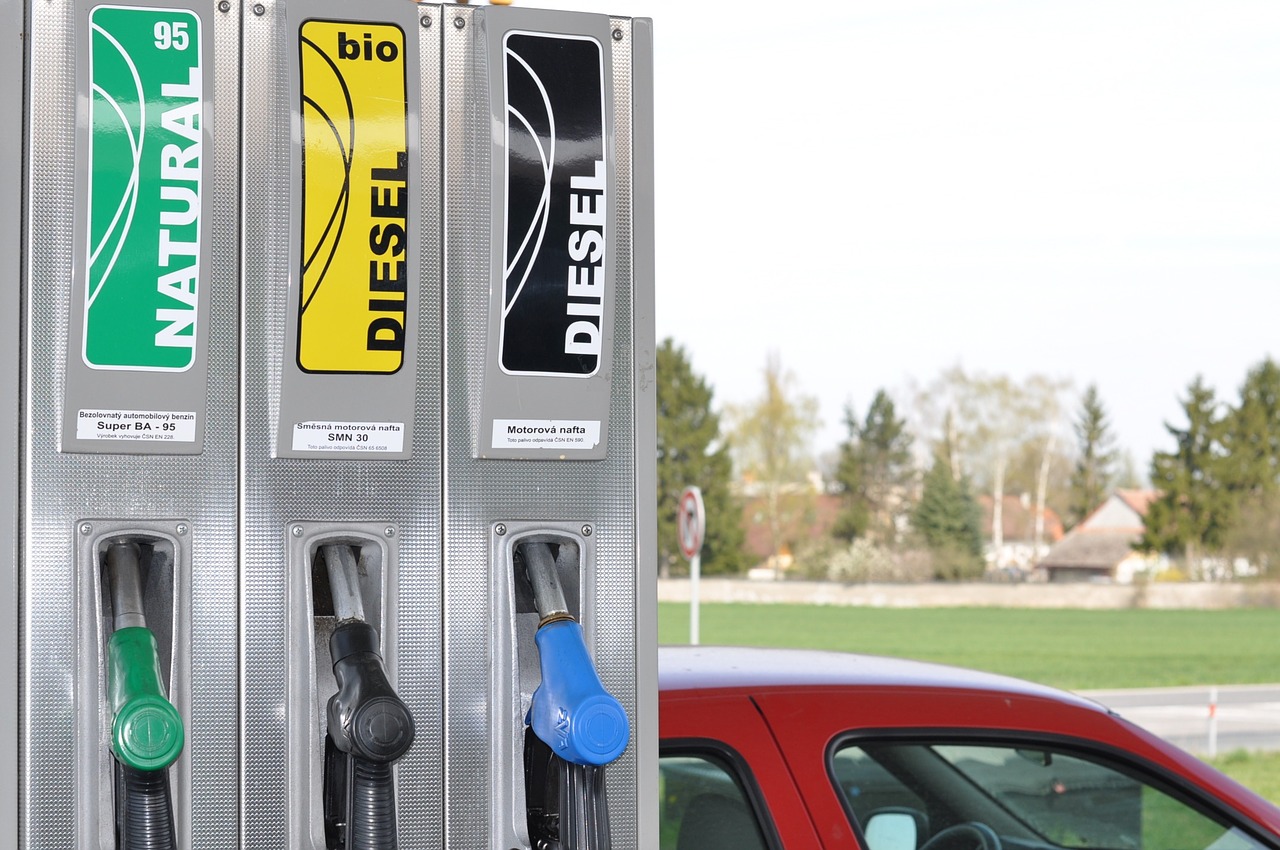 This merchant account provider is a subordinate company of PaySafe and began offering merchant services in 1999. Petroleum Card Services uses First Data as the backend processor for their payments. All the operations regarding payment processing are outsourced, while Petroleum reserves customer service through their customer care representatives.

Providers have different strategies for target customers; some keep their offerings diverse for a broader customer base, while others target a specific market. Petroleum Card Services has specialized its processing services for gas stations. It processes transactions through all major debit and credit card companies. It offers EMV and swipe-based card readers with its services. Other services provided by Petroleum are wireless payments, electronic benefits transfer, and support for multiple types of POS terminals.

Petroleum Card Services prioritizes client satisfaction based on their policy of 24/7 customer service to all subscribed merchants. Merchant queries are received and recorded thoroughly, and prompt action is taken to resolve complaints.

They offer customer support through two main channels; the first is a dedicated contact number for 24/7 support, and the second is the customer care email given on their website. The phone number displayed for their live phone customer support is: (866) -427-7297

However, unlike the phone number, many different email addresses are given to approach them in case of confusion. Different customer support sections have their specified email addresses to save the customers from any hassle and speed up problem sorting and resolution. Merchants’ main categories to contact the support representatives are PCI, tech support, partner support, and sales.

The type of customer support provided by the Petroleum card services is expected of a standard credit card processor, so merchants usually are satisfied with the feedback they get. However, the Setbacks of Petroleum Card Services will describe any downside of provided technical support.

Petroleum Card Services advertises itself as an affordable company and promises to provide its services at wholesale transaction rates. However, the claims agents make to publicize their products are unrealistic. Their advertising states that the interchange rate will always be a fixed five cents instead of a percentage of the transaction, and markup of $0.5 is added on top of this. They have specified flat rates, with no amount deducted as a percentage of the transaction, which may look ideal at first sight but is superficial on the ground reality. Plus, the advertised rates contradict the rates displayed in the agreement delivered by the company at the time of the registration.

That being said, the actual prices are described ahead for you to review and compare with other such credit card processors. The company has swiped rate of 1.00%+4.99% every time a transaction is made and a manual keyed-in rate per transaction of 1.00%+4.99%. $25 is deducted once during the account creation as the setup fee, and $75 is a fixed fee for the annual membership fee of Petroleum Card Services. In addition, they charge the merchants $25 every month as the minimum fee.

Petroleum Card Services also offers equipment leases through First Data Global Leasing. It consists of a 48-month-long contract and is non-cancellable. Equipment leasing is one of the most disapproved practices in the modern payment industry. Equipment leases often translate to multiple times the equipment cost compared to its price when paying for it upfront. Customers are advised to avoid leasing and renting equipment from a provider even if it seems that it may be easy to pay off the monthly costs. A provider promoting equipment leasing is a red flag that merchants should consider when signing up.

As described earlier, a discrepancy is seen in early termination fees, and contract length between the pricing stated in the agreement and told by an agent. According to the agents hired to advertise their services, Petroleum offers month-to-month contracts that can be canceled anytime without paying any early termination fee. The company offers a long contract of a minimum of three years and $300 as early termination fees in case of account cancellation before the timespan.

Along with the tiered pricing plan, the company also imposes $109 annually as a PCI compliance fee. Petroleum Card Services offers its products at a higher rate than rivaling processors in its category and does not match the industry standards. It is to be clarified that the prices mentioned above may not be the final rates stated by the company. They may vary based on the merchant’s contract with Petroleum

Merchants are encouraged to confirm the rates and compare them with other alternatives to choose the best possible one. But, Considering the available information, the company needs to work on the prices for its services as it is more than what is feasible for an average-sized business.

Petroleum card services use a variety of marketing strategies. They include both telemarketing and independent sales agents to promote their services. As the services of Petroleum are targeted on a narrow business range, the provider has a low number of total online complaints. But that does not mean Petroleum Card Services lacks flaws; it has a few complaints about its marketing strategies. But no merchants have alleged the company and its representative staff of practicing deceptive marketing strategies in their feedback.

Petroleum Card Services have gained a reputation as a well-known credit card processor because of its low number of negative complaints against deceptive marketing. As per the available information, the company is transparent and reliable in its marketing.

Merchants have shown various concerns in Petroleum Card Services reviews as customer services, fund holding issues, and account termination. Although the company has ensured a solid system for customer service, merchants have blamed the behavior of agents and the technical support process. There is a review that indicates the fault of the merchant and not the company, but there are others that discuss the mishandling of problems at the end of Petroleum. The customer care representatives have responded and solved the issues to a few reviews, while others are left unhandled.

Petroleum card services got accredited by Better Business Bureau in 2013 and have a total of one complaint submitted against it on the BBB website. BBB has awarded the company with A+ rating overall taking into account the only review in the last 36 months. However, the only complaint registered was resolved to an unsatisfactory level or left not responded to. This shows a lack of seriousness by Petroleum Card Services towards the issues of merchants and improving their shortfalls.

The merchant discussed the fund holding issued by the company and stated that the business deposit had been stuck with the company for over three months. There had been no step taken from Petroleum Card Services irrespective of all the complaints filed. At the same time, the Petroleum Card Services blamed the Federal Reserve for holding the ACH payment of the merchant rather than helping the merchant with their trouble.

There has not been any legal class-action has been taken against Petroleum Card Services. This is a plausible and positive aspect as companies with the stature and reputation of Petroleum have several opportunities for shortcuts. However, if a merchant faces any illegal practices, they should be discussed with the associated regulatory authority as soon as possible.

Although the company has a clean record of complaints, the provider does not have any registered positive reviews that favor its services either. The lack of complaints has increased the positive status of the company. However, the absence of positive remarks makes it hard to give a decision favoring the company. The lack of feedback shows that the clients it deals with are either unaware of online avenues to review the provider or cannot find the proper channel to report them.

The company lacks a few areas, and merchants have registered complaints against them. When signing up for services from Petroleum, it is best to consider the factors discussed below and verify whether or not they have been dealt with.

Fund Holding is a significant concern discussed in the complaints filed against the company. Merchants have accused the company of holding their funds for months and not transferring them to their accounts. Merchants are furious with the company for keeping the money unexpectedly long.

Some comments have accused the company of not returning the amount twice. So, it is suggested to keep measures against such practices ready when you sign up with the provider. Fund holds can be detrimental to the health of small and newly established businesses as they can disrupt the inflow and outflow of cash.

Although the customer service is up to the mark, some merchants have problems with the technical support system and company representatives. The review on Google also discusses how the company makes a person wait for a long time and respond with unsatisfactory answers. Customer service representatives have a reputation for not taking client issues seriously. Good customer service can be a significant factor in retaining loyal clients; therefore, this sector needs improvement.

Petroleum Card Services overcharge the merchants for its services. As per the given information of rates, average-sized merchants could hardly handle the setup, monthly, yearly, PCI compliance, and early termination fees it imposes on the customers.

Furthermore, leasing equipment to merchants is another way to overcharge for equipment that would go for less than half of the total amount after the lease term ends. These leases often come with a multi-year contract, which usually has cancellation fees costing more than the equipment. It is always more sensible to buy payment processing equipment at its full, one-time cost.

Petroleum Card Services have focused its processing services on only one industry, the gas industry. It is on the benefit because it has only a few negative reviews against it and is competing well in the market. It has a low online complaint total and no class-action lawsuits against it, which is a positive sign for merchants. Very few online complaints, if any, claim Petroleum Card Services as a rip-off or a fraud.

However, the company seems overpriced for its services, considering the lengthy contracts, tiered pricing plans, and hefty early termination fees. The company uses First Data as its backend processor, so merchants are recommended to carefully look at the terms and pricing information of First Data along with Petroleum Card Services at the time of registration.

Considering all the points above, the provider follows most standard payment industry practices in this Petroleum Card Services review. But due to the fewer positive reviews and excessive fees for its offerings, it is given an average rating. The merchants who deal with an established business of Petroleum and gas can register for their services, but they may get overpriced and uneconomical for new setups.

When deciding between options of payment processors, it is recommended to compare it with as many credit card processors as possible. The best payment processor for your business is the one that fits your needs and budget best.